Great book presentations can come from anywhere. Comics for example.

Last year, Dark House press took a somewhat notorious, very early draft of George Lucas’ Star Wars and serialized it in comics.  The comic series is probably the closest that rendition this early Star Wars history will come to in a visual media.  The story is very different from the one we saw in Star Wars: A New Hope, characters, aliens, technology, even the force itself changed in subtle to extreme ways.  It’s an entertaining read for any Star Wars fan. 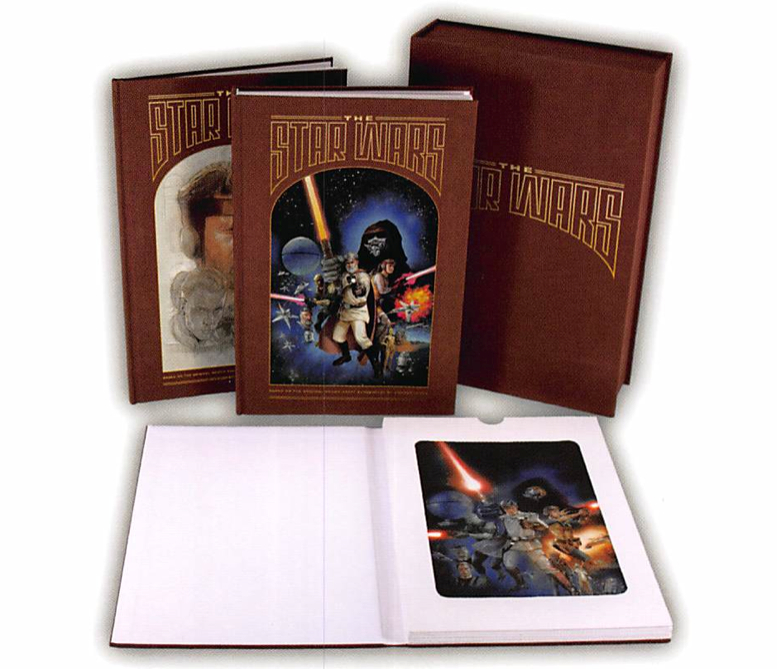 The Star Wars franchise has a long history in the comic form, the individual movie serializations and additional stories made up for the time between films and were quite successful for Marvel comics.  More recently, Dark Horse comics has taken the Star Wars Expanded Universe into some amazing storylines far beyond the film canon.

And it was really no surprise that Dark Horse put a tremendous amount of effort into a boxed edition of the collected seminal work. This set of three volumes of material is presented in a sturdy and attractive cloth-covered, foil lettered and embossed box, the design repeated for the three volumes enclosed.

I suspected it would be a fun “unboxing” review to record for your enjoyment, so here it is…

You can find this edition for sale now, but I’d act on it soon because who knows when it will sell out!